Below is part of an e-mail NYRA sent today about tomorrow’s card.  The fourth bullet point refers to tomorrow’s card as presenting six GRADED stakes.  Innocent mistake, or does no one at NYRA know what a graded stake is?  I replied with a correction; let’s see if there’s an e-mail blast acknowledging the mistake. 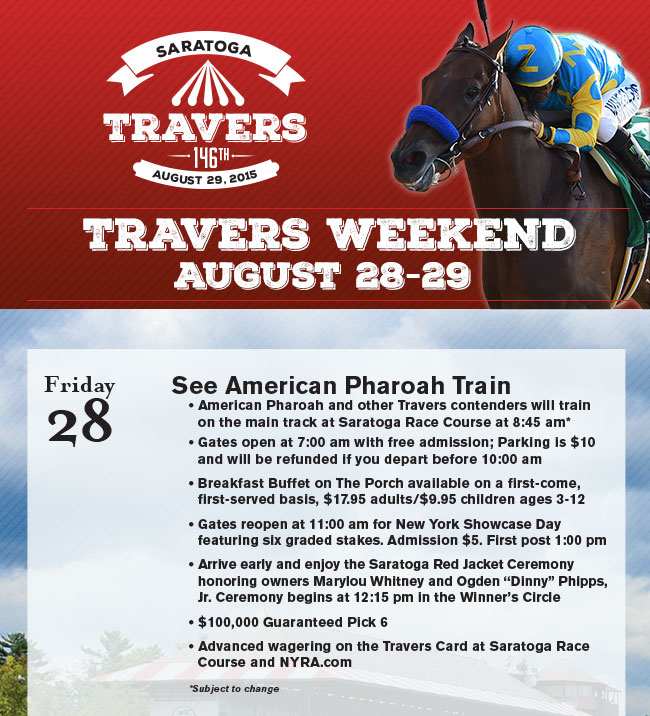 I have previously criticized the New York Bred racing program as providing excessive subsidies to mediocre horses, at the expense of the bettors.  This Friday’s New York Showcase Day confirms my view.  An e-mail from NYRA touts “New York Showcase Day featuring six stakes for New York breds, highlighted by the $250,000 Albany.”  Since NYRA apparently sees the Albany as the feature race, let’s look at the horses competing for the $250,000 purse.

Of the seven horses entered, only two have faced open competition, and those only managed maiden victories, both at Santa Anita.  Force then failed twice at the preliminary allowance level at Santa Anita and Churchill Downs before winning the New York Derby, a state-bred stakes, at Finger Lakes.  Battle of Evermore, despite several tries in open and state-bred allowance races and state-bred stakes races, has not won another race.  The running lines of the other five entrants show only competition in races restricted to state-breds, and not all of these have won state-bred stakes.  It is both a small and a weak field, even in the parallel state-bred universe, and no horse entered, I dare say, would have much of a chance in an unrestricted stakes at anywhere near this purse level.

NYRA keeps telling us that Saratoga has the best racing in the world.  Maybe it does on certain days, but New York Showcase day is not one of them.

I recently read that some changes are in store for this season’s Saratoga meet, all of which seem to me negative from the fan’s perspective.  Already paying more for admission, fans now will be asked to pay for reserved seats at some new picnic tables and in the Carousel.  Several old trees will be removed to make way for a museum, despite the presence of one of national stature across the street.  And a way of getting young people to the track, and maybe converting some of them into fans — the open house — will be no more.

What we don’t see, and I’m sure never will, is anything that recognizes that the track competes with other gambling venues.  Improve the quality of racing on non “marquee” days?  Lower the takeout?  Provide free handicapping information?  Throw your own account holders a bone by offering free admission to those showing NYRA rewards cards, even if only on weekdays?  Not on your life.  It’s all about squeezing the lemon.

I understand that NYRA is under pressure to be self-sustaining, and that it will not be easy for it to do so.  I also understand that the amusement park model with which Mr. Kay is familiar is based on getting the “guests” to pay for everything.  But amusements parks are sustained by many, many casual visitors who may visit a few times in a lifetime, or maybe once or twice a year.  Racing is sustained by year-round bettors, who are finding it more and more difficult to stay in the game.  What you can get out of the casual Saratoga fan, even if you squeeze the lemon really hard, isn’t going to keep the lights on at the Aqueduct tote board, and the few hundred lemons on the grounds there in January or February don’t contain much juice.